Classifications of the industrial robots based on the ANSI/RIA R15.08 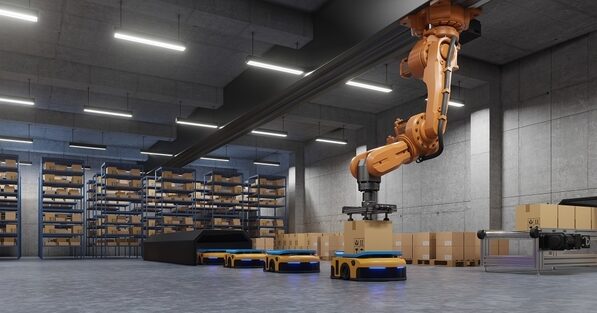 Traditional robots which are otherwise known as PICK AND PLACE ROBOTS OR cobots are in use in manufacturing industry right from the 1970s. ABB, FANUC, Denso, Kuka and off recent universal robots have all penetrated deep into Industrial Automation and are mainly used for material loading / unloading, welding, painting, assembly operations etc. Robotization of Intra company logistics is a growing space of Industrial robotics. It is even estimated that by 2022, the rapidly growing autonomous mobile robots (AMR) space will start to overtake the traditional industrial robotics market, and of the 8 million robots forecast to be shipped in 2030, nearly 6 million will be mobile, according to ABI Research. With this rapid growth, Robotic Industries Association (Now Association for Advancing Automation) along with ANSI has framed the latest standards for Industrial Mobile robots under ANSI RIA R15.08. In this the clear classification of industrial robots is provided. Let us see this overview.

Classifications of the industrial robots based on the ANSI/RIA R15.08:

The industrial robots play the major role in increasing the productivity in the industry. The responsibility of the industrial robots is mostly in the field of assembling, inspection, material movement, manufacturing, robotic welding and logistics. The various industrial robots come under the safety standards of the ANSI (American National safety Institute) / RIA (Robotic Industries Association) R15.08.

The Autonomous Mobile Robots (AMR) can be implemented in any place without fixing any feedback system in the working environment and without changing any of the existing setup. The Autonomous Mobile Robots (AMR) is a plug and play solution for any of the suitable use case. The device has its own default navigating system based on the laser and proper feedback system using the Inertial Measurement Unit (IMU) also implemented as a default setup. By using the laser data and the feedback system the AMR system can find its own optimum path to reach the destination without collision with the obstacles.

The Industrial Mobile Robot Type B is similar to type A, the additional feature that, is has the capacity to make any manual movement machines such as forklift, pallet truck, cleaning machines etc. can be converted into autonomous machines by integrating the manual machines with the autonomous systems. Only the autonomous system will be mounted on the manually operated vehicle and it can be converted into fully autonomous vehicle. Also, an advanced feature that the IMR type B has that, it can be made it to run in manual movement as pervious at any time by using the auto/manual operation. The auto/manual operation will be achieved by using the bypass method such that while the AMR is running in the autonomous mode, the manual operating system will not be functioned and while in operating in the manual mode, the autonomous operating systems will not be functioned. Maxbyte has built AX platform which helps with robotization of industrial vehicles such as battery-operated pallet trucks, fork lifts etc. and these fall under Type B.

Type C IMR is also similar to the Type A, it can also function as an independent system by without disturbing the existing working area. Additional to this any additional add-on setup can be done on the platform of this IMR. The add-on setup can be a mobile manipulator, robotic arm, Cobot or any actuator setup can be done on the IMR. By using this vehicle and the add-on setup, various works can be done by navigating the vehicle to the required destination and the add-on can do the respective works in various locations. Such that the various manipulators can be replaced with one manipulator and same operation can be achieved with single manipulator. This Type C AMR can be used in many applications such as inspection, pick and place, material transportation, machine tending etc. Various works also can be achieved by using one mobile manipulator place on the Industrial Mobile Robots. The add-on is fixed is such a way that it can be powered and controller with the default system and it can be removed, and similar add-on can be fixed without affecting the existing system. Maxbyte’s A500 platform supports multiple attachments and one such case is mounting of Cobot arm to support industrial inspection and visualization scenarios.

If you want to know more about AMR and how MARC products can help you or your company please reach out to us.Autonomous Mobile RobotsSmart FactoryShare on Facebook 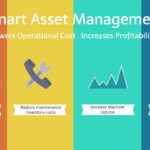 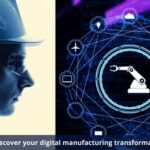 3 Activities to discover your digital manufacturing transformation in 30 days 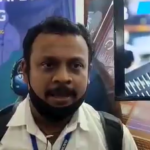 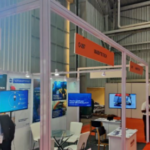 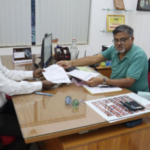